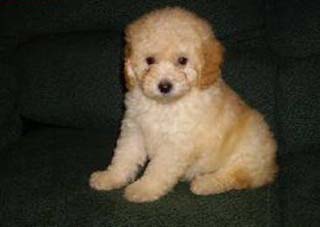 The Poodle or Poodle is a breed of dog that from the 15th century to the present day is considered to be used exclusively for the luxury of aristocrats and nobles.The Poodle is the national dog of France.

It is the pet dog par excellence.It will need daily exercise, but will adapt well to life in a flat or apartment.It is easy to train and will not have behavioral problems.ThePoodle is very suitable for people who have dog for the first time and lives very well with children.

The Poodle needs weekly brushing and special attention to his coat.It is a dog accentuated longevity, can live up to 18 years.

A dog easy to educate and train that will not have.problems to adapt to life in an apartment, as long as you have a good dose of daily exercise.

It is a very restless dog, although disciplined, that learns very quickly. Therefore, it is the ideal breed for those who for the first time want to have a dog as a pet.

They are a cheerful and very active dogs. But not for being active, they are easily distracted. On the contrary:are predisposed to training (both obedience and agility) and are methodical dogs that seem to understand that life can be enjoyed at any time.

The character of these pets is friendly and alert. Their intelligence, loyalty and the unconditional affection they offer to their owners, make them an ideal companion animal for families with children, as they are veryplayful, or for people who live alone, as they help to combat sadness and boredom.

It needs a balanced environment, and the lack of this can turn it into a wary, nervous and aggressive dog, as well as if it receives violent treatment.

Remember that our sponsors, such as Petclic, offer high quality products at very tight prices, which makes them.a very advisable and economical option.

For their care, they are groomed according to their style, which requires a canine groomer.Mane-shaped hair is acceptable for head, ears and neck, including paws.

They do not shed too much hair.Special care should be taken with the care of eyes and ears, as they have a tendency to suffer from ailments andcomplications in these areas.

The care of the coat is unconditional in this breed, so it is necessary to wash with exclusive dog shampoo and in no case with shampoo for humans, as it damages the skin of the poodle because it makes him lose the natural oil that has in his hair and, in the long run, brings complications.

His care has to be very vigilant, because due to its curly, woolly mane and.They need to be brushed every week (without overdoing it).

The baths must be monthly (it is not advisable or necessary to abuse these) with moisturizing shampoos and masks. They must be dried with a hair dryer and never air dried. They are dogs that after the main moult from puppy to adult hair do not moult almost no hair and are almost hypo.The cut will depend on the structure of the dog and the taste of the exhibitor or owner, the most used is the American Continental.

Apart from the common poodle, there is also the Cordelé variety, having this one the curlier hair and being able to be exposed instring-like shape like the Puli.

The Poodle's curly, kinky coat is its greatest attraction.

In the 19th century the custom of cutting their hair, generally in two types of cut, became widespread.The lion cut consists of shearing the dog over the hindquarter to the ribs, the fore and hindquarters, except the cuffs, and the tail, leaving a pompom at the end.

To take care of the Poodle at home, you should brush and untangle their hair daily with a brush with round metal spikes.In addition, tooften we must clean the ears with a gauze moistened with water.

It is a very long-lived animal, it is estimated a longevity of approximately 13 to 15 years.

The Poodle is a breed of dog from France, although it descends from the Barbet, a water dog almost disappeared that populated the German marshes.It is likely that the origin of the word Poodle is the.German word Pudel, whose meaning is something like: He who plays in the water.

The term Poodle, comes from Canichons and means small duck or duckling. Poodles is the name that received the Barbets of small size.

At first man used the Poodle to hunt ducks. Sometimes he also participated in the circus thanks to his agility and dexterity. But over time it was used to hunt ducks.

The term Poodle, comes from Poodles and means small duck or duckling.became one of the pets preferred by families.

From the sixteenth century, poodles became famous for their beauty and intelligence, especially in various circus performances and works of art by authors such as Albrecht Dürer and Francisco de Goya. In the time of Louis XVI of France was already very common their presence at the court.French.

Because of changes in taste in terms of their appearance, during the 19th century the protection of the coat, which, until then, had the function of protecting them from hypothermia, was disregarded, so stylists began to create various cuts such as the British Mountain and Continental. For newborn poodles, the custom of amputating the tail was initiated.

At the WarThe Franco-Prussian breed began to spread as such, destined for millionaires and aristocrats. Only in the twentieth century the Giant variety was predominant, so that later emerged with the approval of the canine associations - such as the Kennel Club - the Standard variety (of little diffusion since 1792), Miniature (1911) and Toy (1957). In the final years of the twentieth century the breed emerged.hybrid of the Labrapoodles (combination of poodle and Labrador).

Until the Renaissance, this was a water retriever: they retrieved hunted prey that had fallen into the water, such as ducks and swans.

The Toy Poodle is a variety that comes from the original Poodle, the Giant Poodle, through crosses to reduce the size (crosses with the Bichon Maltese and BichonHavanese).

In shows held under FCI rules, black, white and brown specimens are judged in the same group for CACIB. The same is true for grey, apricot and red specimens; the best of each of these groups goes to a final judging to determine the best specimen of the variety.

Theheight of the Toy Poodle is the smallest variety of Poodle. It measures between 24 and 28 cm at the withers. It must be of balanced proportions and without any symptoms of dwarfism.

It is a dog of well-proportioned, elegant and harmonious appearance. His head is thin and elongated, proportionate to the body. It has fairly long ears (they fall along the cheeks), glued to the head, ofThe eyes are dark, almond-shaped, with an alert and lively expression.

The tail is high set and usually carried high.

It is uniform in colour. It can be black, white, grey, cream, apricot, coffee with milk or brown.

His hair can be of two types: kinky or in the form of locks.

See_also: Flat coated retriever, know the breed, advice
Hair in tufts is not desirable.
Previous post The memory of dogs
Next post Knowing your cat's behaviour