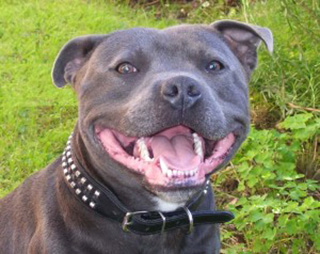 The Pit Bull, whose full name is American Pit Bull Terrier, is a breed of dog well known throughout the world. They perform in drug detection, as pets and in the security services with total dedication.

Its origins date back to the nineteenth century, when in the United Kingdom (England, Scotland and Ireland) began to experiment in the crossing between Terriers and Bulldogs.The Pit Bull has a large head and its mouth has well-developed muscles.

See_also: ASSOCIATION AGAINST THE ABANDONMENT AND MISTREATMENT OF ANIMALS

In their beginnings they were used as fighting dogs and had great success in the United States starting in the 1970s.

However, they have shown that they are excellent as companions and guard dogs, leaving aside some opinions thatsay that they are dangerous and attack people.The aggressiveness of the Pit Bull develops only if the owner wants it, or rather, if the training is based on the attack.

The character of the Pit Bull is characterized by emotional stability, tolerance with children, affection with the family, non-sociability with strangers that it considers dangerous, aptitude for theguard and dominance with other dogs.

It should be noted that living with a Pit Bull is not discouraged by experts, but responsible breeding and being informed.

Other than that, it is a breed of obedient behavior, with little tendency to the destruction of objects or furniture, high need for daily exercise, much vigor and energy, the great ability to protectto the home and good behavior during adulthood.

Specialists say in turn, that we must not be afraid of the Pit Bull, but the people who are dedicated to the indiscriminate reproduction of this race.

Previous post Spitz, reasons to choose this breed
Next post Protect your dog's or cat's stomach with VetGastril