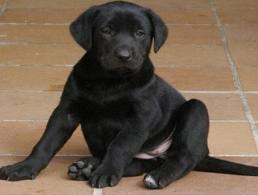 The Mallorcan Shepherd Dog breed is, as its name suggests, a breed dedicated to the pasture, therefore, they are intelligent breeds as they must obey the orders of your dog.

They only need a little daily exercise to stay healthy.

They weigh approximately 40 kilograms. And there are two variants in the hair: short, or long hair. The latter variety, is not sofrequent.

The Mallorcan Shepherd Dog or Ca de Bestiar is a Spanish breed of dog originating in Mallorca. Traditionally used in the Mallorcan countryside as a herd guardian, it has a distinctive black coat.

Black is the colour recognised by the standard, but it is not the only one. There are white feet, red skirts and brindle.

The latter is now being carriedCurrently a breeding and recovery program.

Apart from being a good shepherd of sheep, the Ca de Bestiar or Pastor Mallorquín also performs tasks of guarding, grouping or guiding goats, cows, mules, horses and pigs. Traditionally, shepherds made their dogs collars of hackberry wood and decorated them with aluminum studs, an easy and economical resource available to everyone.Custom that has survived until today, when this collar has become a characteristic complement of the breed.

The Ca de Bestiar is basically a shepherd dog, but its fidelity and intelligence allow it to develop surveillance and/or defence tasks.

It has always been appreciated in Mallorca for its qualities.It is very affectionate and faithful to the person he considers a friend, although you have to win his appreciation by treating him well and doing a lot of exercise.

On the other hand, it does not usually accept orders from the one he does not consider his master and often "takes" to accept them even from him. It is usually suspicious of strangers, and is always attentive and vigilant.

It is a breed veryindependent, used to being outdoors, and that requires a lot of physical exercise and devote time to their education. It is affectionate with children, and quite patient with them.

Dog of great nobility, of only one owner who accepts with difficulty the solicitations of strangers. Intelligent, docile, affectionate, shy in the extreme and reserved in his youth; his sentimentality reaches limits.Loyal to his master until death.

The Ca de Bestiar does not need much specific care.

Like all dogs, it is important to exercise daily and brush his coat regularly.

It is also important to monitor his relationship with thestrange.

As a large dog, the Pastor Mallorquín can suffer from hip dysplasia.

The Mallorcan Shepherd is a sub-convex profile dog, large in size without being exaggerated and of medium weight. The height at the withers is 66 to 73 cm and weighs approximately 40 kg.

It istotally black or black with white spot on the chest, well proportioned, rustic, strong, muscular, robust and agile.

There are two varieties of hair: short hair, the most common variety or long hair. The short is attached to the skin, and measures between 1.5 and 3 cm; the long is slightly wavy, soft and quite thick, very resistant to moisture, etc.

The insertion of the tail ishorizontal, circular in section, thicker at the base.

It is not cut short.

It should be ankle-length, but not touching the ground.

Only a black coat is acceptable.

White is acceptable only on the chest, usually as a "tie."

The eyes are small, neither sunken nor bulging.

They are honey-colored, varying from light to dark.

The eyes are veryexpressive, with an intelligent and somewhat melancholic look.

The head is massive, but not heavy.

The skull-facial axis is slightly divergent.

The skull has a sub-convex profile.The skull has a marked nasal-frontal depression, with a gradual slope.The muzzle is long and strong, never ending inThe palate is pink, and in theory the blackish spots on the palate and gums are a sign of purity. The teeth are very strong and close in scissors.
Previous post Shih tzu, know the breed, advices
Next post Pit Bull, reasons to choose this breed