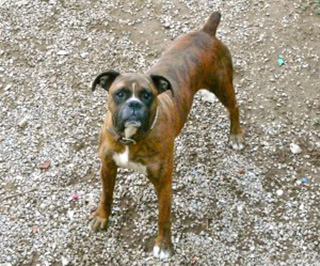 The Boxer is a medium-large dog, which has the appearance of being very strong and resistant. But, as with all breeds, you should be aware that it has special genetic predisposition to suffer certain diseases.

Among the most common, include hip dysplasia, gastric torsion, aortic stenosis, hypothyroidism, and the appearance of tumors, bothmalignant and benign.

As for tumors, it must be said that they are more common in Boxers from the age of 8 years, so it is advisable to make regular reviews to dogs of this breed, in order to detect them and be able to apply a treatment early.

See_also: How do cats see?

Also, hypothyroidism is one of the dysfunctions to be taken into account in these dogs. Susmain symptoms are apathy, obesity, coat problems, and behavioral disturbances.

Don't forget that all the possible health problems your Boxer may have that we have explained in this article can be treated.Take your dog to the consultation of your trusted specialist so that he can have a good quality of life.