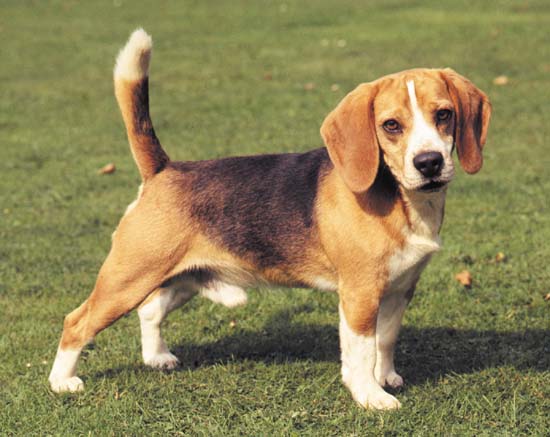 The Beagle, also known as the English Beagle, is a small to medium-sized breed of dog, with legs, tail and ears of intermediate size.

It is mostly used to hunt hare or rabbits, due to its great instinct, the most characteristic of its character.

In addition, it is used for tracking prohibited substances.They are known for being very intelligent and also popular as.pets in houses or apartments, due to their build, but also to their conduct and behavior.

The coexistence with the Beagle is very simple, since it also does not usually have congenital health problems, this makes it a breed of dog more affordable in terms of expenses.

They are not too clear the origins of the Beagle, but it is believed that since 400 years before Christ.There were some specimens in Ancient Greece, hare hunter and great smell. In the eleventh century was introduced in England and from the year 1830, were established in this country kennels to develop what is now known as modern Beagle.

It is a very popular breed and chosen by families with children around the world and you can get it without problems.

The Beagle is a dog.gentle, with a calm character and known to be cheerful, affectionate and not at all aggressive, as well as shy.

They like very much to be in the company of people, although when they meet someone they can be cold and distant until they become confident.

They are not too guard dog because they tend to bark or howl too much.

They are mostly "vigilant".

They can take a lot of exercise in a single day and can be difficult to train. To get them to behave, they are often offered food rewards and if they are alert or on guard they respond well to training, although they tend to get distracted and bored quickly.